Once in a blue moon

Thanks to the wonders of technology, many of you have already Googled  ‘blue moon’ over the weekend. You will know, therefore, that it’s so called, not because of a blush tinge (which can occur due to billions and trillions of dust particles – I checked Google too!) ; Rather it is the reasonably rare phenomenon of having two full moons within one calendar month as we have just had in the month of October. It actually sounds a little bit ordinary when it’s explained doesn’t it!

There has always been a fascination with the lunar body that orbits our planet. Myths and legends have grown over the years that enthral and evoke nostalgia in equal measure. Apart from possibly being made of cheese!, the moon has been often associated with wolves and werewolves, (time for confession – how many of you howled at the full moon on Saturday evening?). Its ever changing shape (caused by the position of the earth between it and the sun), fascinates us. There is even talk of returning to the moon’s surface while we await the first human landing on Mars, though the cynical side of us may see that effort as being more about harvesting its mineral resources than our passion to explore new horizons.

A blue moon, whatever its mystical associations, speaks of something that is very rare, something that stands out from the ordinary and everyday (God knows we need such things as the humdrum of lockdown 2.0 wears us down). It’s a curious aspect of the human condition, that rarity increases value. Gold,  in and of itself has much to recommend its worth, it is a substance from which great beauty may be drawn, yet it is its rarity and finiteness that really sets it apart as a treasure. Diamonds are only crushed and impacted coal, and yet their value is further enhanced in their rarity. If something is rare, then it must be worth so much more. Paintings, vases, original copies of ancient texts, are all the more ‘worthy’ by their uniqueness and difference. And so it is with humans. At a time when political self-serving and agenda is rife around the world, true leadership stands out. We can probably count on one hand, world leaders of late who can inspire and transform the world. It’s not just what they say, nor even what they do; it’s their inherent integrity and true humility that makes them unique. Once in a blue moon a leader speaks and acts with authenticity into a particular situation, and because of the rarity of such an approach, they stand out like gold.  You would hope (and maybe reasonably expect) such authentic leadership to be more obvious and prevalent in our various churches;  however the reality that our Church leaders (including yours truly) have feet of clay is both frustrating and heartening! So often I would love those with influence to use their position to speak and act prophetically into our current challenges. It really frustrates me that our voice as Christians continues to diminish at a time when the world really needs what we have to offer; (Hope, Trust, Peace and Unconditional Love). But then I take heart from the truth, that as ‘donkeys for the Lord’; it is not our strength which shines through, but God’s!

Which brings me nicely back to what the moon actually is. It is an odd shaped lump of rock and that is for ever caught up in gravitational orbit around our planet. Its secret lies in that gravitational relationship. Both its power and its light is reflected. In other words, its ability to affect the ebbing and rising of the tides is simple Physics (which I won’t even pretend to understand). In and of itself the moon has absolutely no light, nothing to make itself stand out. What we see, in partial and full moon form, is the reflected light of the sun. What we don’t see, when the moon disappears for a while as the earth blocks the light of the sun, is how the moon normally is; dark, unassuming, invisible.

We too are reflectors of light, rather than sources of light. What others see in us is not about us, but about God shining through us. We are merely signposts to our Heavenly Father. And while it may be frustrating that there aren’t more Godly leaders round that people the world over would listen to and respect, maybe that’s a good thing, given how often our clay feet trip us up. If all this be true, it opens up a fascinating and exciting reality. If we learn to truly surrender to God, to humble ourselves before Him and each other, the reflected light that we carry can transform the darkness of these present times. We all can be reflective moons (rather than light-creating stars which so many of us try to be). We can surrender to the gravitational draw of God’s unconditional love. We can allow ourselves to orbit Truth, Love, Hope, Peace, Joy and all that God is in Absolute. We can provide light for others to find their way without our frailties and failings getting in the way. By being enslaved to God we can truly be freed from our doubts, insecurities and failures. We can draw others to The Light, just as the tides are drawn by the moon. We can, quite simply be Lunar. If enough of us have the courage and humility to do this, it isn’t at all easy, then we will never be rare ‘blue moons’ but we can be servants of God whom He uses to bear much fruit in our own lives, and in the lives of others.

(Picture of the moon with thanks to Jenny Large) 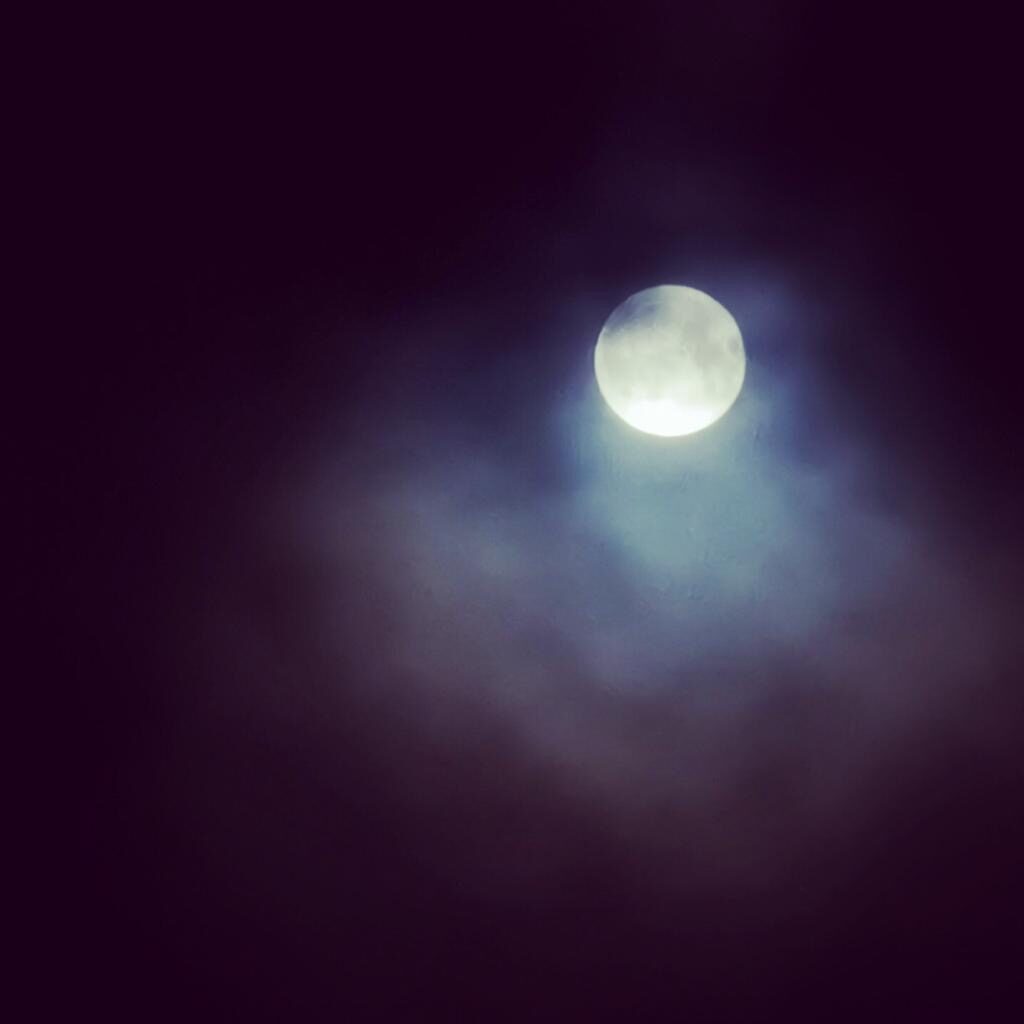