David and Greta Stanley! A Parody

‘We plough the fields and scatter

the good seed on the land

But it is fed and watered

‘A good garden is a tribute to what God and humans can achieve when they work together; However you should have seen this place before I came along and God was doing it on his own!!’

Over the past couple of years the Rectory family has been dipping its toe(s) into ‘wilding’. Our journey probably began when Son #1 became an avid fan of Springwatch and Autumnwatch on BBC many years ago. It all came to a head when youngest (and only) daughter began pestering us for permission to skip school on Fridays for ‘strike’ and ‘protest’ reasons. Initial scepticism that this was a thinly veiled attempt to get out of PE on a Friday afternoon, soon gave way to a realisation that our young people have so much to teach us. One of the many tragic consequences of COVID-19 has been the shift of global focus away from trying to save our planet. Already there is the first confirmed case of a discarded facemask killing wildlife, slowly choking it like all too many plastic can holders did before. While the focus and prioritisation of this current pandemic is understandable, we must also keep our eyes firmly fixed on the Earth’s environment.

As ever, the balance between local and global is important, and while more can be achieved by multinationals, corporations and governments taking significant actions, we too have an important part to play in saving our planet.

Which brings me back to our early efforts in environmental action. Last year it was spreading wildflower seeds in hidden areas of our back garden, with mixed results. We have learned a lot about planting in shaded areas, and managing weeds! This year it has been much more about cutting (and not cutting) grass. A number of beautiful wildflowers were spotted during lockdown in our front lawn (where once tennis courts adorned the larger Rectory grounds). Those assigned to grass cutting duties were urged to give wide berth to such areas, in case other seeds had also taken root. As someone who likes a well-manicured lawn, this was a personal struggle. Daughter and eldest son, with the advantage of the view from upstairs windows, began to plot larger swathes of grassland that should remain uncut. (At one point they mapped out Celtic-cross shaped pathways through thickening grass in the hope the Christian emblem might ease my growing reticence).We were assured that this was a trial-period; that we could do a major cut every so often, and that it would all be managed well. Hmmm!

It was fine during the lockdown, the weather was lovely, the garden was peaceful and idyllic, and a certain amount of ‘buzzing’ was heard as miniature wildlife flew among the emerging flowers. However, as the grass thickened and grew, I began to remind my beloved offspring that a heavy cut was due and needed. That was the moment God stepped in in His long-misunderstood role as Heavenly Weather Coordinator. Even as I made my way to the local petrol station to prepare for ‘the big cut’, gathering clouds gave way to torrential rain and the opportune moment of controlling the garden was lost.

Every time there seemed to be an opportunity to get back to the grass, something else came up. And so we became students of a very different type of ‘wilding’ than originally planned. Thick matted clumps of grass threatened to snarl up the faithful old lawnmower. There was always something else that needed to be done. Long after buzzing bees and beautiful butterflies moved on to other nearby (well-manicured) gardens we were left with a mess. Finally the frustration got to me, and I launched into a rather frenzied assault on the front garden (I made sure afore-mentioned offspring were not around), and I hacked, pushed, re-started over-heating engines, and (I admit it) swore a prayer or two at the disciples of Climate action (I call them ‘David’ and ‘Greta’!). By the time the offspring returned we had 3 layers of grass in our front garden, each layer totally dependent on the height the now shattered lawnmower needed to stretch to in order to achieve some balance between cutting and engine seizures.

I made a promise to myself, to my by-now bemused spouse and to my erstwhile offspring, that there would be a full and comprehensive grass cutting programme next year, NO MATTER-WHAT!! They seemed to take it well, which is always a bad sign, as I have begun to catch them,  heads huddled, whispered voiced, plan-formenting as they gaze longingly over their little patch of earth’s surface. Hmmm!

So what’s the point of this rambling blog, well, sometimes, just sometimes, we have to get over ourselves, and take individual and collective responsibility for that which has been gifted to us. We are simply stewards, caretakers really, of God’s earth, and however an inconvenient truth it may be, we have to do something about climate change, and we have to do it now. One mixed-result experiment in a front garden will have close to zero impact on our crumbling earth, but it’s a start. It’s all about partnership, working together, doing what we can with the little patch in front of us and making a difference together. While the winter kicks in, and Covid grabs the headlines, let’s start planning what we can do, individually and together, to restore and renew God’s Garden. 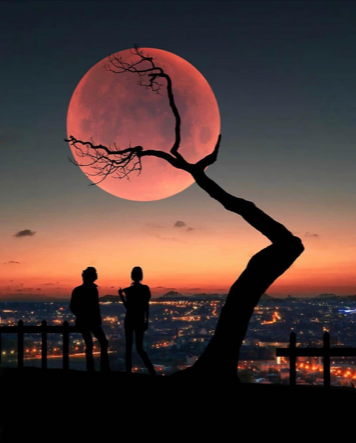