She watched the lone figure make his way through the scrub and low-lying shrubs that spread out below her. Her daily visits to the place where they had parted months before grew more frequent and extended. Her family members recognised in her a hunger for news, and kept their counsel. She would question any passing traveller for information, any whispers or stories from Capernaum. There was little report save a passing mention of some new teacher, some said madman until they noticed her eyes steel over and her lips thin in disapproval. Those travellers would quickly remember some urgent appointment and hasten on their way. She would watch and worry. She sensed this traveller had news. He lacked the focus of others who simply wanted to get to their destination, this one seemed distracted as if slowing his steps allowed him time to think and reflect.

She bade him welcome, and asked if he had need of water, or some food. He nearly dismissed her invitation but a glance into her searching eyes reminded him of a moment only days before, and thus he found himself sitting on a bench outside her home, those working in the Carpenters shop nearby seemed to wear looks of bemusement and resignation. After he had settled with water and fresh bread, she asked him the question – ‘What news from the North, have you been through Capernaum?’

His voice slightly trembled as he told her his tale. Wonder and bewilderment lit up his face as his words tumbled out, manifesting his confusion but also a deep hunger for meaning and truth.

‘It was his Voice that caught me’, he confessed to Mary, who stood nearby, soaking in every word as she tried to picture each moment. ‘His words rang out across a sloping hill that swept down to the lake. There must have been thousands there. His voice seemed to magnify as it bounced on the water. I was just passing on my way to Tiberias but his voice echoed in my heart and I stopped and joined the throng. He spoke with authority and he spoke at length. His words were full of extra meaning. He seemed to see the world from another place, and he spoke in riddles.

‘You are blessed if you are Poor’, well that got a laugh, most of us had little of value; ‘for yours is the Kingdom of Heaven’  – the laughter quickly settled – ‘you are blessed if you mourn and grieve – for you will be comforted’. Some women near me began to cry softly, not tears of loss but tears of hope, as if they dared to throw off the burden of grief. ‘You are blessed if you are gentle and meek’ – the young men looked up at those words – ‘for you will inherit the earth.’ Heads began to bow – all the better to hear but I could see a deep emotion moving across the crowds. ‘You are blessed if you hunger and thirst for righteousness’ – many of the crowds wore tattered clothes and seemed well used to pangs of hunger and dry hacking thirst – ‘for you will be filled, no it wasn’t ‘filled’ he said, ‘it was satisfied’ – A growing peace was filling the place – even I felt power from His words – His deep voice resonating with my own hunger for truth and meaning’. The traveller glanced up at his own insight as he wondered  – Why am I sharing  that with this woman who hungers for words? ‘Who are you?’ he asked her, she smiled, encouraging him to continue.

His next words rippled across the crowd, ‘You are blessed if you are merciful, for you will be shown mercy.’ Some struggled with that one, this was so different to the teachings in the synagogues and in the Temple where an eye paid for an eye, and a tooth for a tooth, and God’s anger was to be appeased less His judgment consume us. ‘You are blessed if your heart is pure’ – the teacher’s face seemed to glow with a wistful memory when he said – ‘for you will see God!’. Many were weeping now, their adherence to legalized religion transformed by a promise of a God that was no longer distant but somehow present. ‘You are blessed if you are makers of peace’, I noticed some zealots prick up their ears at that ‘ for you will be called children of God’ Tears fell openly down so many faces by now – His voice carried words of hope, but also of Life! ‘You are blessed if you are persecuted because of righteousness – if you suffer because of Truth- for yours is the Kingdom of Heaven – you are blessed when others insult you, laugh at you, say all sorts of lies against you because of Me – Be delighted!’ This was the moment that I broke, I have so often struggled as people made mockery of me, my physical features’, Mary only now noticed his twisted back and shortened leg – she had been so hungry for news that she had not seen his disability ‘What does it all mean?’ he asked, ‘how is my reward to be great in heaven? Do you know this one of whom I speak?’

Mary smiled again, sensing he hadn’t yet told her all that troubled him. ‘Is there more?’ she urged. He hesitated, unsure how to articulate the mystery he had witnessed. ‘There were so many more words but it was what happened afterwards that truly astounded me. I followed this teacher and his follower into a nearby village as the crowds dispersed. He seemed drained, poured out and yet there was a joy bubbling beneath his weariness. His followers were talking and laughing, buoyed up by the crowd and the teaching. And then everybody froze, as if struck by lightning, the unthinkable was happening. A Leper, he must have been lurking outside the village, he may well have heard the teaching , he… he… walked right up to the teacher- it was terrible to behold, the rags, the sores, the stench – everyone shrank back, everyone except the teacher – he actually stepped closer, his eyes searching the poor beggar’s body and face for something. The pitiful creature bent low under the intensity of the gaze – his voice rasping with dust and terror – pleading, begging for healing. ‘Lord, he cried, if you are willing, you can heal me – you can make me clean’. Some shifted in growing anger at his brazen breaking of the law that kept him and his kind away from the villages and the people. But the teacher reached out and…he, he…’, the traveller couldn’t tell her –  it was too surreal  too incredible to voice or believe but Mary could picture it now in her mind’s eye. ‘And he touched him’, she whispered. The man looked at her afresh at her words. ‘You know him don’t you?, he asked, you know this teacher, this miracle maker, this Voice of God?’

‘Yes, she replied, and I know why you are troubled, I can see the questions that drove you to all these miles of wandering and indecision. You want to know whether he can heal a cripple’, she touched his hand as she spoke gently, ‘as easily as he healed a Leper!’. ‘What should I do?’ the traveller asked, tears flowing freely now, ‘what should I do?’ ‘Go back’, she smiled, ‘Find the teacher. His name is Jesus, he will heal you. I’m sure of it! Tell him, …tell him his mother sent you! 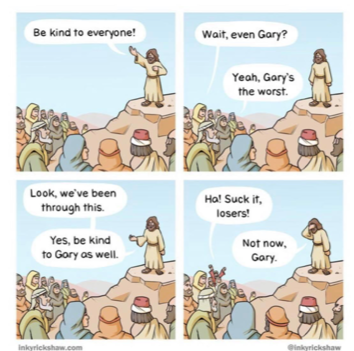