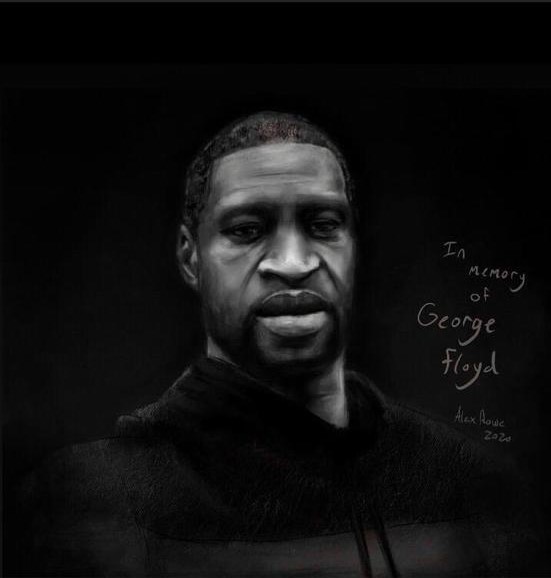 I think it is fair to assume that most of us do not consider ourselves racist; and the vast majority of us are rightly horrified at the death of George Floyd at the hands of Minneapolis police officers. Mr Floyd’s death, and the manner of his treatment by the police officers, has brought into stark focus the centuries old culture of racism that permeates all levels of American life and society. It is born of a terrible human trait we all potentially own: the ability to see another human being as ‘less than’. If we don’t have to recognise the inherent value and worth of ‘the other’, we are free to justify our blatant and hidden prejudices. We have been moved to tears by the dignity and courage of Mr Floyd’s family and church communities as they have sought to stop those who would use his death to justify their own base and depraved actions. Our hearts break as we watch a 17 year old having to defend herself online and in interviews for videoing the dying minutes of Mr Floyd’s life, as if somehow she should have had the strength to take on police officers in a society and culture that all to often shoots first and asks questions later.

While processing and preparing what I wanted to say about this terrible event, I was determined to not use the word ‘but’ in this blog – to do so would somehow undermine the simple reality that what happened to Mr Floyd was wrong – it should never have happened, there is no possible justification for the events that lead up to his death. However, as I have reflected on this brutal killing, as I have watched so many social media pages go black, as I have watched people try to expand on the theme ‘Black Lives Matter’ to the broader theme ‘All Lives Matter’, I have been forced to face a disturbing truth – Racism is not just something that happens on American streets, nor is it simply an issue of colour – Racism is about difference – what it is that makes people look on others as ‘less than’. If you ask any one of your friends or acquaintances of colour, most of them will be all too able to tell you of racism they have experienced on our streets, on our towns and communities. This is not a new problem in a multicultural Ireland, this has been true for generations. How many of us have stayed silent while others were picked on because of their difference? Our outrage about what happened to Mr Floyd is sincere, but it is flawed. One of the reasons we care (or even know about it) it because a teenager kept filming. If we are really honest with ourselves, her actions made the horror of what happened all too real. It broke down our objective indifference when we hear terrible things on our news every day. It’s like we have three layers of priority built into our reactions to news stories 1. Do we know the people involved? 2. Do we have an emotional connection with the victim – In this situation – the phrase ‘I can’t breathe’ has sent shock waves through our souls. 3. What is the physical and psychological distance between me and what happened? This last one may need a little explaining. How many of you remember Aylan Kurdi? He was the three-year-old Syrian refugee whose body was washed up on a beach in Turkey. We all remember the photo of his body in a red t-shirt and a pair of blue shorts. I only remember his name because I could look it up – what about Galip and Rihan, Aylan’s five-year-old brother and mother who also died in that tragedy? We might excuse ourselves by pointing out that with so much tragic news, we can’t be expected to remember every child’s name – lets try again. Madeleine McCann, Sarah Payne, Holly Wells. What makes their names remain with us for so long? Even as I write this blog children in Syrian towns are cowering under renewed bombardments from Russian fighter jets; parents in Congo are panicking at the continuing spread of Ebola in that war ravaged country; never mind Covid-19, over one million(!) children are at risk of starvation in Yemen. I hope it is distance and the absence of a video that makes these people invisible to us and not some latent disconnect because of their race or ethnicity.

Racism is insidious, it is born in arrogance and rooted in ignorance. Whether we recognise it or not, every time we ask someone of different colour or east-European accent, ‘Where are you from?’ there is inherent identification of that person as ‘other’ and by implication ‘less than’. We have an awful lot yet to learn about Racism in our culture and in our hearts. The key to leaving it behind lies in how we choose to define.

Mr Floyd did not deserve to die as he did, nor does he deserve to be defined by his death rather than his life. He is not some talisman of a political or social cause; he is a human being, loved by his family, his friends and his church. Like all of us he probably was no saint, but his life, rather than the manner of his death, must be what defines him – this is why I find the above picture of Mr Floyd by Alex Rowe so powerful. For me it shows a man full of strengths and frailty, a man defined by light rather than shadow, a man loved by God his Creator, Redeemer and Friend.

So as we look across ‘the pond’ at what is unravelling in such brutal and chaotic ways, take a moment to reflect on how we choose to treat others, particularly those who look, speak, think, believe or seem different to us. Our own prejudice, dare I call it racism, is not too far from the surface!

While it is true that we cannot possibly carry the weight of human tragedy on our flimsy shoulders, our hearts are nowhere near big enough to embrace every human being. (Thanks be to God that His is); however we need to constantly check ourselves in our reactions and commentary, that we have not slipped into the mire of ‘them and US’.