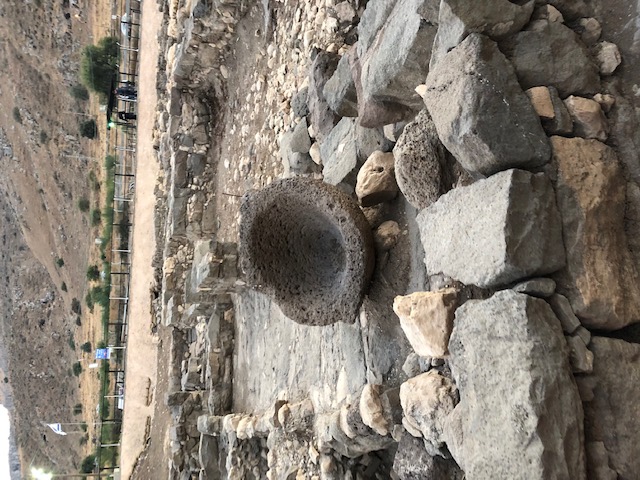 She sensed him before she saw him. It wasn’t just the hustle and bustle of movement that drew her eyes down the village of Cana, it was her ‘mother’s instinct’, the same instinct that had helped her years before to know what each baby cry had meant. She turned her back demurely, public displays of affection were not her way of doing things, but they were his, she laughed as she felt his lean strong arms around her waist, already twisting her around so that she could see his face. His face with thinner now, and deeper somehow, as if he was carrying weights beyond his physical abilities. But the eyes still danced, and twinkled as she remembered them. It was still her boy, her Joshua, (Yeshua) and he was here! She flung her arms around him and embraced him, his eyes widened with surprise and delight at her exuberance. He turned to introduce her to his friends, a blur of faces and names she felt she would never remember. Jesus was asking her, would Benjamin mind such numbers of extra visitors to his wedding? Mary caught the meaning, they both knew the financial pressure Benjamin’s family faced, and also the pride of an ancient family that would insist that all were welcome and none would want for anything. She nodded her agreement, yes they would mind, but they would welcome, reminding themselves of the ancient Abraham’s answer to his son Isaac when he asked about the provision of the lamb to be sacrificed. ‘El Sheddai’ she smiled, ‘El Sheddai’ – The Lord will provide! And as she watched her son herding his new found friends, followers he’d called them, into the already crowded wedding feast, she certainly hoped He would!

The disciples felt awkward, some of them had spotted the unspoken understanding between mother and son. As they sipped their wine and ate as sparingly as custom would allow they noted the signs of struggle in the quality of the clothing and the decorations. They felt like outsiders and wondered with whispered mutters why the Master had brought them here. They could have waited beyond the village, spent the time getting to know each other, for more had joined their number as they had travelled to Cana. Instead they had to suffer the silent stares of reluctant hosts. Jesus seemed oblivious to this, His voice loud and cheerful, cajoling, teasing, laughing as he danced with abandon. Andrew alone had noticed that he too drank little and ate less. He could see a rising tension developing around the room as those who were responsible for the success of the celebrations stood in whispering huddles, agitation growing so that even the groom, who had eyes only for his new bride, sensed a problem. 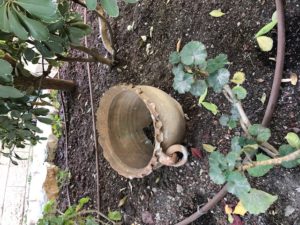 Andrew was about to signal to the others that they should make polite excuses and leave, when Jesus bounced up to them, his face flushed from dancing and his eyes alight with joy. ‘Friends’ he called, ‘why do you stand so stiff and formal? This is a wedding, Dance! Dance!’ One or two of the new followers stood to join him, as did his mother. Andrew leaned closer to hear what she said:

‘Jesus’, she whispered, her eyes darting around in anxiety, ‘they have no more wine!’ This was disaster, the poverty of the family was about to be exposed in a shame-filled way from which they might never recover. The new couple would be forever associated with the curse of insufficient hospitality. Andrew ‘s eyes sought and found the groom in frantic conversation with the Steward of the feast. He almost missed Jesus’ tetchy reply – ‘Woman, why are you involving me, my time has not yet come!’ Andrew was shocked at the tone which seemed almost disrespectful, but he saw a moment of deep understanding pass between mother and son as Mary gave Jesus that look that all mothers use when they will broker no dissent. As Jesus nodded with an exasperated sigh, Mary commandeered a passing serving boy. ‘Whatever he tells you to do, do it!’ she instructed pointing at a now bemused Jesus. Jesus put his arm around the shoulders of the young lad, a remarkable gesture of common solidarity – ‘fill those jars to the full with water’. They were the large serving jars, used to ceremonially wash and clean the feet of the guests. Mary smiled knowingly, enjoying the irony. It took a few minutes for the servant to fill the jars full. For Andrew, time seemed to stand still, though all around him people danced and spoke and laughed, and whispered and worried. All the while, Jesus watched, his eyes moving from the filling jugs to his mother’s face. Andrew marvelled at their depth of silent understanding, it was as if a hidden Voice was speaking to and through each of them. When the young lad finally stood still, his hands drenched with splashed water, his face covered in sweaty perspiration, Jesus again put a hand on his shoulder ‘Now my young friend, draw some off, and give it to the steward! 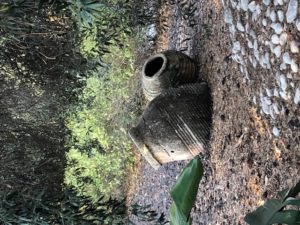 For the first time the young lad’s face faltered. He knew the steward to be easily angered and his quick eyes darted from the mother to the son; both smiled, and both nodded. And so he did as he was told, at first too distracted to notice the red stain that appeared on his tunic from a splash from his cup. His eyes widened in wonder as he rushed to the steward who was just about to end the festivities. The steward looked in confusion at the proffered cup, for an instant wondering where on earth the servant lad had found the wine. He supped slightly, then drank heavily, his senses enlivened by tastes and texture he had never before experienced. He turned to the bridegroom who was urgently warning his young bride of their impending doom, and exclaimed ‘most families use their best wine first, and then when everyone cares less, they serve the weaker wine, but you my friend!’ he paused to enjoy a lingering sip, ‘you have saved the best wine till last’. Looks of confusion turned to looks of wonder and delight as new wine was shared in abundance. Mary looked to her son, already back dancing, this time his friend and followers joining him. 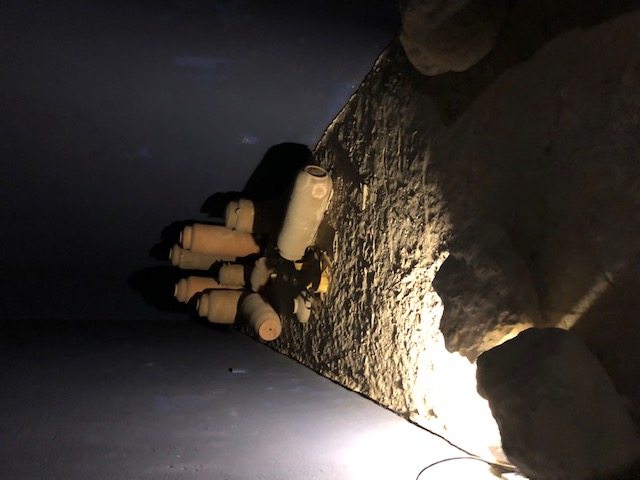