Today’s blog is a copy of David Reynolds sermon from our online service yesterday. Unfortunately our attempt to record the service didn’t work but join us again next Sunday for an All Age Family Service on www.churchservices.tv/colliersbray 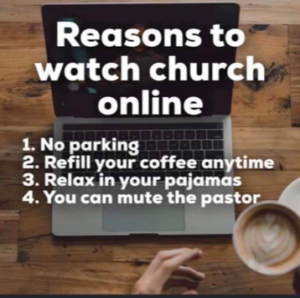 Livestreaming the service from Colliers with four of us (Baden, myself, John Morris on keyboard, Daphne Danga for Mother’s Union) was a bit surreal, to put it mildly. But we’re on a steep learning curve, so your feedback is important to us.

Since there were no hymns, the service was shorter than normal (about 25 minutes) and the Reflection about half the length of a normal sermon. This curbed my usual “Sunday Miscellany” tendencies, but we all need distractions as we sit at home, so here goes.

I have deliberately put Mothering Sunday at the top of the page. So, with a hat-tip to Rev Richard Coles …

Today is the Fourth Sunday in Lent. It is Refreshment Sunday, the only Sunday in Lent on which marriages may be contracted. It is Simnel Sunday and simnel cakes, commemorating the apostles through the medium of marzipan, are eaten. It is Clipping Sunday in some places, and you may dance in a ring round your church holding hands and singing hymns. It is Laetare Sunday, one of two of the Church’s year on which pink vestments may be worn. It is Mothering Sunday, when children in service would be given the day off and walk back to their villages and their mother churches, picking primroses and daffodils as they went, to give to their mothers. It is all these things, but what it isn’t is Mothers’ Day.

You may get spammed by the Internet as we approach the second Sunday in May. This is the modern holiday of Mother’s Day in the USA, which was first celebrated in 1908, when Anna Jarvis held a memorial service for her mother in West Virginia. Her mother Ann Jarvis had been a peace activist who cared for wounded soldiers on both sides of the American Civil War.

The Church of England has always had an on-off relationship with the Virgin Mary, but in that case it has much to do with shifting tides in the Reformation, and especially the views of Elizabeth I. There are, however, Anglican pilgrimage sites in England, notably the shrine of Our Lady of Walsingham in Norfolk.

And, yes, I did hear Bob Geldof on the radio just yesterday having a rant about the Ireland he grew up in!

The Magnificat isn’t just subversive in its tone. When the evangelical Anglican missionary Henry Martyn went out to Calcutta as chaplain to the East India Company in 1805, he was appalled to discover that the British authorities had banned the recitation of the Magnificat at Evensong. Magnificat was also banned in Argentina after the Mothers of the Disappeared used it to call for nonviolent resistance to the ruling military junta in mid-1970s, and during the 1980s the government of Guatemala banned its public recitation.

But that’s enough rambling for now. Here’s the Reflection.

Let the words of my mouth, and the thoughts of our hearts, bring us closer to one another and to you, O Lord.  Amen

It’s Mothering Sunday, the fourth Sunday in Lent. In the normal course of events we would have had a different reading from John’s Gospel, having sung the Magnificat as the Canticle. We had planned to slot in the powerful hymn “Tell out, my soul, the greatness of the Lord” which is based on the Magnificat, but having you listen to it sung by four or five of us wasn’t going to work. So it seemed appropriate to make the Magnificat the gospel reading for today.

Let’s just set the scene as Luke describes it earlier in the chapter. The teenage Mary had gone to visit her much older relative, Elizabeth. We could speculate that Mary was between thirteen and sixteen years old and that Elizabeth was in her mid-forties. Possibly they were cousins, or maybe Elizabeth was Mary’s aunt. Certainly, both women were about to become first-time mothers. And, for different reasons, their respective pregnancies were unexpected and somewhat unsettling.

When Mary heard that Elizabeth was also expecting a baby she travelled to be with her older relative. The journey from Nazareth to Judea was long, around one hundred kilometres, not to be undertaken lightly on foot or donkey by a young expectant mother. We could see Mary’s journey as the natural response of a charitable young woman after learning that a dear relative might need some extra help. It is the kind of thing that family members do for one another. They didn’t have the benefit of post, phones or internet, but this can still be an encouragement to us in the surreal circumstances we find ourselves in this Sunday.

That was how God placed the care of Jesus, the Messiah, in the hands of an inexperienced teenager from an obscure provincial location, and hence Mary’s words in the Magnificat ‘God has looked with favour on the lowliness of his servant.’

For many Irish Anglicans of my generation, growing up in the fifties and sixties, Mary was almost invisible. I say almost, because at a time when a Sunday evening service was still routine, the regular singing of the Magnificat kept her in view.

The reason, of course, in a state that was confessional in all but name, was that we fell into the trap of defining our faith by what we were not, rather than by what we were. So taking an interest in candles, incense or, indeed, Mary made you somewhat “unreliable” in your own community. If you aren’t of that generation, just listen out for Bob Geldof decrying those times over the coming weeks as he promotes a new book and album.

The Magnificat, “Magnificat anima mea Dominum” in Latin, is at heart a song from one pregnant woman to another. It’s in a style reminiscent of Old Testament poetry and song, it echoes Hannah’s Song which comes immediately after the first reading, so 1 Samuel 2, and begins …

My heart exults in the Lord;

my strength is exalted in my God

Mary in her turn gives praise to the Lord

The words are subversive, and a reminder in poetry of a theme that runs through the entire bible narrative – when God comes into our midst it’s to upset the status quo.

Of course, as a mere male, I am in danger of coming unstuck when I talk about Mary. On the one hand the church has often used her as an ideal of passive, submissive femininity. On the other hand, many women and men would claim she was a model of strength. But perhaps that’s a false choice – rather than either/or we should think in terms of both/and.

The American poet Kathleen Norris says that she treasures Mary as a biblical interpreter, one who heard and believed what God told her, and who pondered God’s promise in her heart. This is hardly passivity, but the kind of faith that sustains Christian discipleship.

So, on this very unusual Mothering Sunday, as we think of all those who are parents and all who care for children in our local community and beyond; as we think of families corralled together at home, or grandparents and relatives locked down at a distance …

Let us reclaim Mary and be inspired by her as a strong faithful woman.

Let us find new ways to live as brothers and sisters, and let us hear and believe what God is telling us in these difficult times. 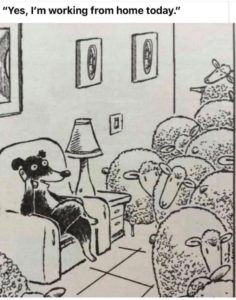