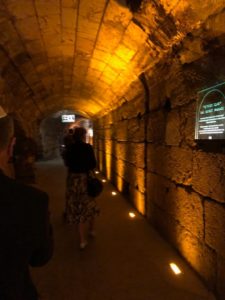 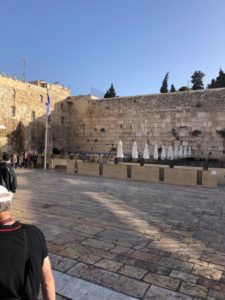 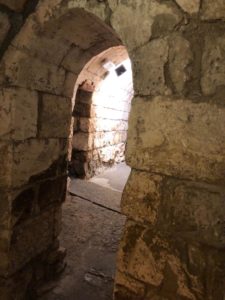 Our last day in Jerusalem began very early for those of us who wanted to eke out every experience from our pilgrimage. Cases were packed and placed at our room door for collection later, breakfast was wolfed down and we were on the road with the rising of the sun. Once again we were heading underground with a fleeting glance at the Wailing Wall as we passed by. Already the devoted were at their prayers, both above ground and in the tunnels beneath. We learned of the mighty construction works that king Herod had to achieve to turn a craggy hilltop into the religious heart of a city and a nation. The ‘new’ temple was ambitious and impressive. Under the synagogue, we were shown the sheer scale of the massive blocks used in the foundations and in the walls. The walls extend for many meters underground. We visited the cisterns, so critical for survival and ritual bathing, we saw firsthand emerging excavations that are changing the understanding of life over the millennia in one of the most archaeologically rich places in the world, as the ancient stands beneath the medieval beneath the modern. 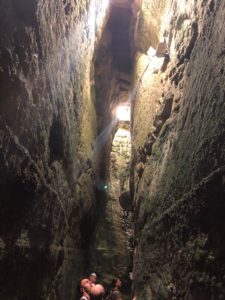 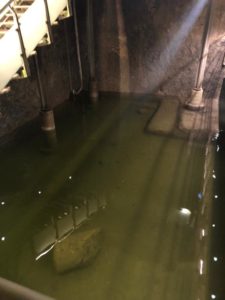 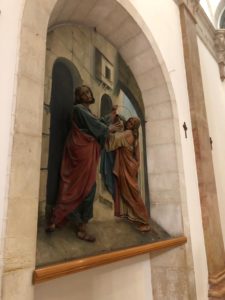 Once above ground we moved through some of the Stations of the Cross along the famously narrow Via Delarosa. The teeming crowds, the smells and sounds gave strange but powerful insight into the casual indifference of the people of the city as three criminals were dragged through the streets carrying the cross-beams of their own executions. The statue of John trying to shield Jesus’ mother from the emerging horror was particularly moving; the presentation of the distraught bare shouldered Mary of Magdala bearing false witness to the rumors that she was a prostitute, when she was actually the first witness of the resurrection. An ancient stone built into the younger walls which Jesus reportedly leaned against as he stumbled towards Golgotha was hauntingly inspiring. As was a simple wooden cross, placed in a chapel of prayer at one of the stations. 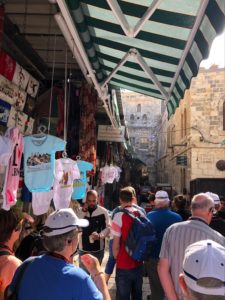 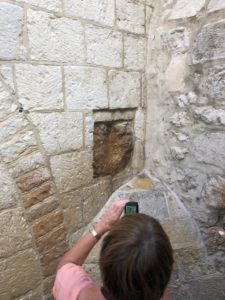 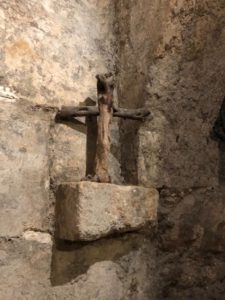 Our senses were becoming heightened as we began to weave our way along the stall holders and the crowds of pilgrims. Here at last was a tangible connection to the journey of a loving God to the shame and horror of execution on a hill far away; never had the words of Isaiah 53 burned so deeply into our souls! Actually it was partly a bus terminal, but the ‘alternative’ location of ‘the place of the skull’ – (where it is suggested that Adam’s head was buried!) seemed more authentic than the glitzy shrine of the sepulcher. Located outside the city walls, on the road to Jericho, with a hill overshadowing a quarry for disposing the bodies, the Garden Tomb site provides a tangible connection to the death and resurrection of Jesus whether it is the actual location or not. A wine press, a garden, an empty tomb that was surprisingly not crowded with tourists and pilgrims, and a simple but powerful celebration of communion helped root us in the life-changing unconditional love of God. A model of a stone that would have covered the entrance to the tomb was similarly moving. 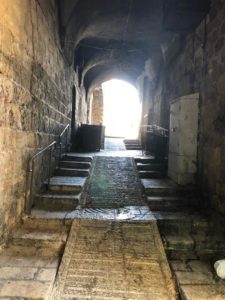 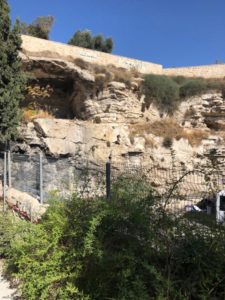 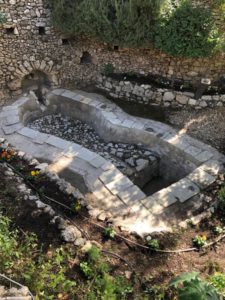 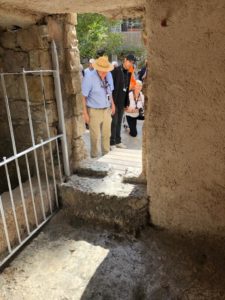 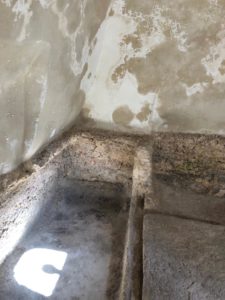 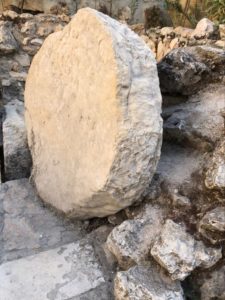 Feeling that there was little more that we could experience to match the searing simplicity of the Garden tomb, we were brought through winding streets to The Church of St Ann, the mother of Mary. The remarkable acoustics of this simple unadorned chapel made even the most toneless of voices sound like Pavarotti. We let rip at our favorite hymns and were rewarded with being part of a beautiful cacophony of praise. It was a fitting end to a wonderful day; but we weren’t finished yet, once more underground to the ruins of The Pool of Bethesda, where Jesus healed a man who was crippled for decades, who spent his days by the waters of the pool waiting for an angel to stir the waters to bring healing to the first unfortunate who made it to the water. Jesus’ challenge to the man, ‘Do you want to be healed?’ echoed through the centuries as we looked towards home and wondered, ‘what do we do with all these experiences?’ We can store them away, bringing them out occasionally like holiday photos, or we can be transformed by them, changed for ever by walking where Jesus once trod, but walking in new places too where those who have not yet heard can see in us lives touched and changed by the Love of God. 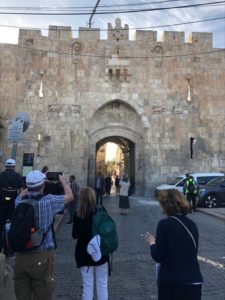 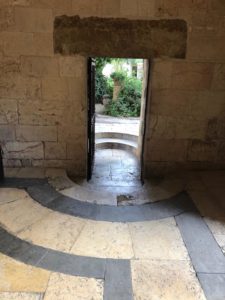 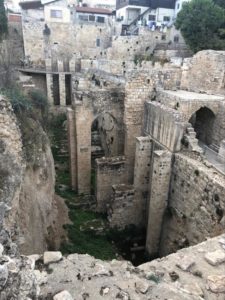 Of our journey home there is little to tell, but we are conscious that we are blessed beyond words to have experienced this journey from Jordan to Jerusalem and beyond. Shalom. Baden 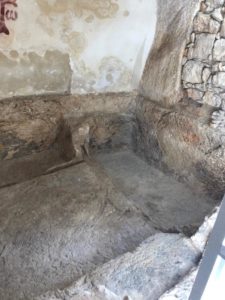 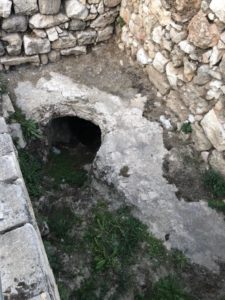 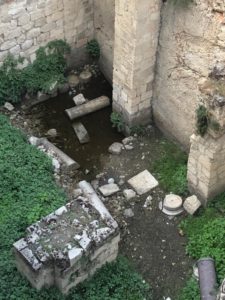