From Jordan to Jerusalem – Day 1

I am very much aware what a privilege it is for Avril, Bethany and myself to make this journey from Jordan to Jerusalem. It is already emerging as a trip of a lifetime, and to protect you from having to spend endless hours looking through my ‘photo album’ I would like to share our journey as it happens and hopefully give you a taste of the wonder we have already experienced.

After traveling for most of Monday we made it to our beds in Amman at 3am local time (Jordan and Israel are three hours ahead of Ireland). Notwithstanding a groggy awareness of a music-filled call to prayer at about 4.30am, I woke the others in plenty of time for our breakfast at 9am; actually I woke them an hour earlier than I needed to!! I’m still in the dog-(collared)-house!!

Our first destination was Mt Nebo, the place where Moses finally got to see the  land of Promise after forty years wandering in the wilderness. And it is wilderness; sun-scorched land rolling in undulating hills with occasional bursts of green where streams and underground water-filled caverns bring live and survival. It was quite moving to look North and see the Holy Land stretching before you with Jericho almost in reach. The challenge of ‘crossing over’ wasn’t just physical almost 3,500 years ago, it was psychological. The reports that the spies brought back was that the land was filled with giants and that certain death awaited the Children of Israel. Fear prevented progression so much more than physical barriers. 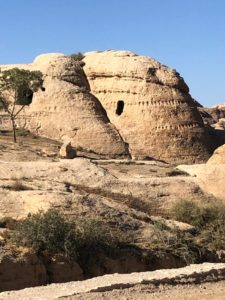 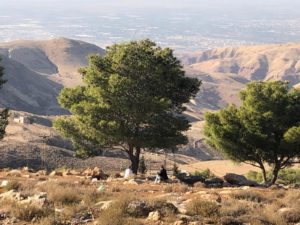 I was also fascinated with the artistic depiction of the bronze snake that Moses made to heal and protect the people following an infestation of poisonous snakes into the camp. Jesus referenced this snake in his powerful declaration in Matthew’s gospel; ‘ In the same way that Moses lifted up the snake in the desert, so too will the Son of Man be lifted up as an offering for many’. 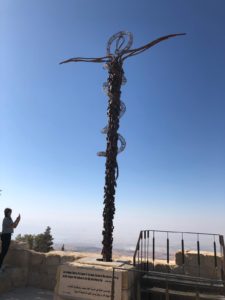 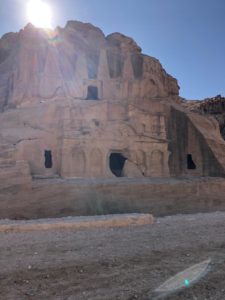 There were many other awesome aspects to Day 1 of our pilgrimage but for now a short reflection. Moses spent approximately 40 years in Egypt, then 40 years fleeing Pharaoh, and finally 40 years leading his people towards the Promised Land although never actually getting there. By today’s standards the trajectory of his life was spiraling towards ultimate failure, and yet his life and his achievements have lived on for millennia. Never fear failure, for it is in the journey rather than the destination that God does His greatest work! Shalom. Baden 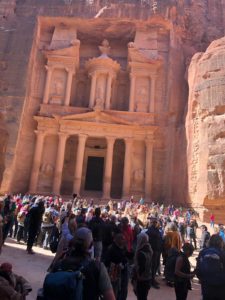 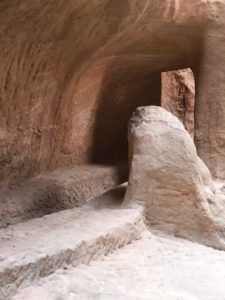